Skip to Main Content
It looks like you're using Internet Explorer 11 or older. This website works best with modern browsers such as the latest versions of Chrome, Firefox, Safari, and Edge. If you continue with this browser, you may see unexpected results.
New York Tech Returns: What to know about using New York Tech Libraries for Fall 2022. View the latest information 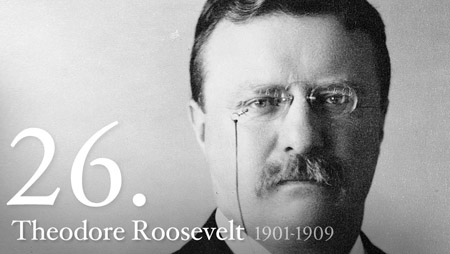 As a child, his family had a summer house in Oyster Bay, Long Island, New York, where he spent summers horseback riding, swimming, boating, hiking, bird watching, and writing.  His fond memories of his childhood there always remained with him and, in his adult life, brought him back to Oyster Bay to raise his own family of six children.

His home is called "Sagamore Hill", named after an Indian chief, and is located high on a hill overlooking Cold Spring Harbor.  In its day, it was a working farm, with the family living off the fruits of the land.  During his presidency, it was referred to as the "Summer White House".

It is now on the list of U.S. National Historic Sites and the U.S. National Register of Historic Places, with tours given daily and run by the National Park Service.  Most Long Island elementary school students have taken a field trip to "Sagamore Hill" to see and breathe in the actual house and historical items it possess.  Built in the Queen Anne style, it is not a grand castle. Modest as it was, it fit the man who's motto was "Speak softly and carry a big stick, and you will go far."

TR was an outdoorsman, adventurer, naturalist and conservationist. Nearby, is the "TR Bird Sanctuary", a place in which he spent many hours studying and writing about birds.  The Sanctuary was dedicated to him after his death.  His home town of Oyster Bay has a park, school and numerous destinations dedicated/named in his honor.

President Theodore Roosevelt is buried along with his family in Youngs Memorial Cemetery, adjacent to the TR Bird Sanctuary in Oyster Bay.

Provides a search of scholarly literature across many disciplines and sources, including theses, books, abstracts and articles