Skip to Main Content
It looks like you're using Internet Explorer 11 or older. This website works best with modern browsers such as the latest versions of Chrome, Firefox, Safari, and Edge. If you continue with this browser, you may see unexpected results.
New York Tech Returns: What to know about using NYIT Libraries for Spring 2022. View the latest information

The Bloomberg Terminal is a proprietary database that allows the user to perform analysis and obtain real time and historical pricing on a range of securities from stocks, to bonds, exchange rates and collaterialized mortgage obligations (CMO's) 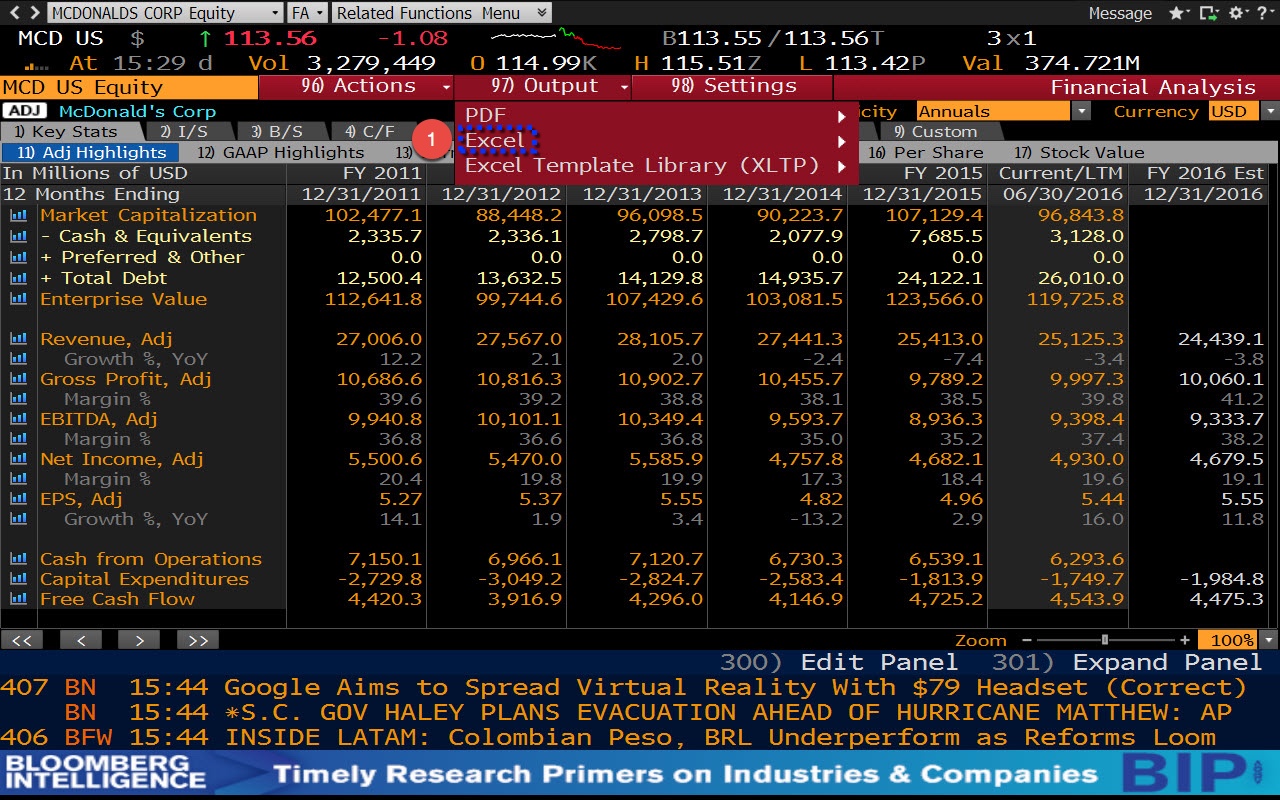 Bloomberg History Continued and it's Competition

Bloomberg LP was founded in 1981. When Salomon Brothers was taken over by Phibro Corporation, Michael Bloomberg received a $10 million check for his partnership interest in the firm. He teamed up with Thomas Secunda, Duncan MacMillan, and Charles Zegar to found Innovative Market Solutions (IMS).

IMS developed the Bloomberg Terminal system to track financial market information and calculate the price of financial instruments. Merrill Lynch invested $30 million in the company in 1984. The company was renamed Bloomberg LP in 1986, and by 1991 it had 10,000 of its terminals installed on finance professionals' desks. The terminals are now part of the professional services division, which brings in the majority of the company's estimated $10 billion of annual revenue.

The majority of the company has been owned by Michael Bloomberg since it was established, and he currently owns 88% of it. He served as chief executive officer (CEO) until he stepped aside to run for mayor of New York City in 2001, and he returned to that position in early 2015 at age 73.

Bloomberg Professional Services charges $2,000 per month for each of its terminals, which are ubiquitous in finance due to their analysis, trading and communication abilities. There are reportedly over 320,000 subscribers worldwide. The company also has numerous other subscription services, including Bloomberg Law, which competes with LexisNexis. A separate service called Bloomberg Government provides detailed updates on congressional and regulatory changes and schedules; it publishes updated information almost instantaneously.

Bloomberg Television is a 24-hour cable news network established in 1994. Initially, it was only available on DirecTV, but it soon moved to cable television. The network runs more live programming than either CNBC or Fox Business News, but it has struggled for viewers.

The network went through its largest-ever round of layoffs in Sept. 2015, after which a number of producers resigned. Bloomberg's radio station is available in five markets: New York, Boston, Oakland/San Francisco, Atlanta, and Denver.

The company purchased BusinessWeek magazine from McGraw Hill Financial in 2009 and renamed it Bloomberg Businessweek. The magazine has existed since shortly before the 1929 stock market collapse; it was originally aimed at business people but was later reoriented toward consumers. The magazine hit a high of 6 million readers in the mid-1970s, but it has faded since then. It's best known for its annual ranking of MBA programs.

Bloomberg Markets magazine ceased publication as a standalone news publication in late 2015. The magazine had long been sent to all terminal subscribers, but the company decided that it had outlived its usefulness.

The next-closest competitor is Morningstar, a publicly-traded company that also offers subscription-based data, research, and proprietary pricing tools but not trading capabilities. Both companies offer detailed investment advice, but only Morningstar provides credit ratings and an investment consulting component. Both have their own publications, but Morningstar does not have a television or radio station.

Mike Bloomberg is an entrepreneur and philanthropist who served three terms as Mayor of the City of New York.

Born in Boston on February 14, 1942 and raised in a middle class home in Medford, Massachusetts, Michael Bloomberg attended Johns Hopkins University, where he paid his tuition by taking out loans and working as a parking lot attendant. After college, he attended Harvard Business School and in 1966 was hired by a Wall Street firm, Salomon Brothers, for an entry-level job.

Bloomberg quickly rose through the ranks at Salomon, overseeing equity trading and sales before heading up the firm's information systems. When Salomon was acquired in 1981, he was let go from the firm. With a vision of an information technology company that would bring transparency and efficiency to the buying and selling of financial securities, he launched a small startup in a one room office. Today, Bloomberg LP is a global company that has more than 15,000 employees and offices in 73 countries around the world.

During his tenure as mayor, from 2002 through 2013, Bloomberg brought his innovation-driven approach to city government. He turned around a broken public school system by raising standards and holding schools accountable for success. He spurred economic growth and job creation by revitalizing old industrial areas, spurring entrepreneurship, supporting small businesses, and strengthening key industries.

His passion for public health led to ambitious new strategies that became national models, including a ban on smoking in all indoor workplaces, as well as at parks and beaches.

Upon leaving City Hall, Michael Bloomberg returned to the company he founded, Bloomberg LP, while also devoting more time to philanthropy, which has been a top priority for him throughout his career.

Today, Bloomberg Philanthropies (founded in 2006) employs a unique data-driven approach to global change that grows out of his experiences as an entrepreneur and mayor. 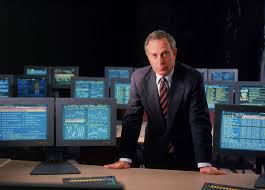